On August 19-21, the old city of Næstved close to Copenhagen hosted the first Næstved Early Music Festival. Two years of preparation and many days of rehearsals resulted in a series of fantastic concerts with French baroque music that the local and international audience received with enthusiasm.

The top baroque musicians from the Copenhagen-Malmö area from Camerata Øresund and Concerto Copenhagen met with baroque specialists from France to form the Festival Orchestra. Together with nine international soloists they worked and played with one of the finest and most famous musicians – Jordi Savall.

Jordi Savall, who just had his 75 birthday, visited Denmark also in 2012 when he received the prestigious Léonie Sonning Music Award.

Peter Spissky and his musicians played fantastic French and Scandianvian baroque music with swing and rhythm an fire! L´Accademia dei Dissonanti entertained with wonderful sad and joyful love songs and funny drinking songs with sounds of cats and dogs!

The concerts of the Festival Orchestra with Jordi Savall was a program with music of Lully and Charpentier, which is far to seldom performed, especially in Denmark. Happy are those who could attend this wonderful concert! But better listen yourself: Danmark radio has recorded the concert. Yes, the Eurovison TV melody is taken from Charpentier´s Te Deum.

Both Savall´s solo concert and the Trio concert with Rolf Lislevand and Luca Guglielmi fascinated and moved the audience. Savall can express all emotions virtuously with the beautiful and warm sound of his famous Norman Barak Viola Da Gamba. Unforgettable!

A big thank to Peter Stevnhoved and all who made this Festival possible and bring "our" baraoque musicians together with Jordi Savall! This was THE musical highlight in Denmark!

Instead of "only" being in audience and listen to many of my favorite musicians, I had the great pleasure to photograph the vent, including the rehearsals, which usually give far better opportunities to portrait musicians and capture their expressions with out disturbing a concert atmosphere. Out of the 1800 photos you find a small selection of photos taken at the concerts or during warm up just before the concerts. For more see he section NEMF 2016 on this webpage.

Needless to say what a privilege it was for me to photograph Jordi Savall, my favorite musician since "Tous les matin du monde".

.. and a lullaby from the Bretagne as good night song 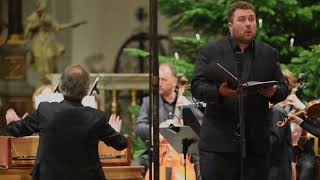